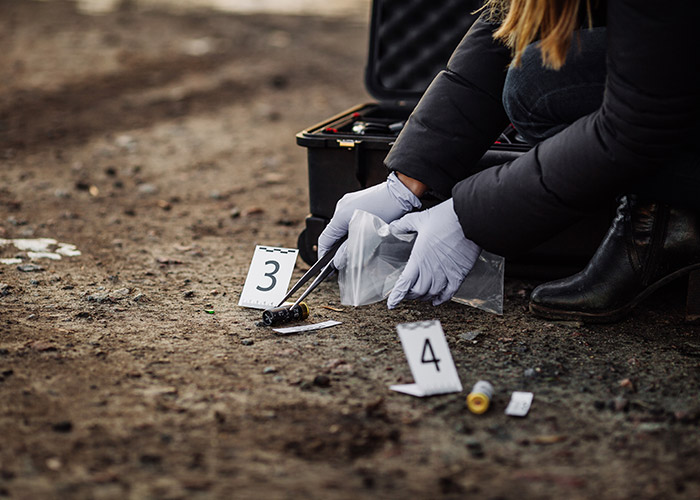 The team at Paul J. Donnelly, P.A., in Miami, Florida, offers criminal defense services for those charged with homicide. A homicide defense is extremely complex and detailed, as prosecutors in such cases are very aggressive, and there’s a wide range of evidence with which to deal, including witnesses, expert testimony, forensics and DNA.

When is Killing Homicide?

When someone kills a person and the action is not sanctioned by the state, they may face homicide charges. Murder is the unlawful killing of a human being. There are various degrees of murder that are prosecuted in Florida.

An experienced and savvy Miami criminal defense lawyer, like those on the team of Paul J. Donnelly, P.A., can offer premium service in any charge of homicide.

In Florida, you can be charged with first degree, second degree, or third degree murder. Each carries its own set of criteria and possible punishments.

The most serious charge someone can face by far is first degree murder. First degree murder occurs if an unlawful killing has been planned and then undertaken with prior thought. The killing has to have been intentional, which means that there has been a clear effort made to commit the murder.

Also, first degree murder may be the charge if someone is engaged in another illegal act, and it results in the unlawful killing of someone. This is true even if the death is accidental.

Examples of such actions and situations include terrorism, aggravated child abuse, and aggravated stalking. Also, participating in arson, burglary, robbery, home invasions, or carjacking with a resultant death or deaths can lead to a murder charge.

Additionally, aircraft piracy, drug trafficking, and violently resisting a law enforcement official with a resulting killing can lead to a charge of murder in the first degree.

When one is charged with second degree murder, it means they have been accused of being involved in the unlawful killing of another person. But this time, unlike in first degree murder, there is a lack of intention.

An example of second degree murder includes a death that is the result of an action that was done without forethought but with an obvious disregard for human life.

Also, charges of second degree murder may be in order if a murder happens in connection with a felony, such as a prison escape, drug trafficking, or aggravated child abuse.

Under Florida homicide law, a conviction for second degree murder brings with it a sentence not to exceed life in prison. The death penalty does not come into play with murder in the second degree.

Third degree murder is considered to be a second degree felony offense. With a third degree charge of murder, the accused is thought to have killed someone unlawfully, but the perpetrator had no intention of causing the individual’s death.

In the case of attempted felony murder, you can be charged with this crime if you are in any manner involved in a felony and if that felony could have caused the death of a person. This is a first degree crime and all one must do to be charged is encourage or in some way support the felony.

That means if a partner in a crime in some manner injures a person, that because you are involved in that crime, you can be charged with attempted felony murder.

Miami homicide lawyers at Law Office of Paul J. Donnelly, P.A., in Florida, is ready to help you with your defense if you have been accused of murder. Our team will work hard to ensure you receive every benefit of the law. There are times when someone’s action may be excused when they cause someone’s death.

Examples include killing someone without unlawful intent or with extreme provocation. Also, murder in the heat of passion may be excused if it is an accidental occurrence, and killing someone when engaged in sudden combat, as long as a deadly weapon is not involved, and it is not done in an unusual or cruel manner is a defense.

Justifiable homicide is also permitted. A homicide is considered to be justifiable when you kill someone who is trying to kill you, or when the person you kill is committing a felony against you. This is not to be confused with self-defense, which is used in cases of second degree murder and involves the use of deadly force.

Self-defense is permitted when you are defending yourself, your property, or another person, and if the amount of force you use is in proportion to the threat.