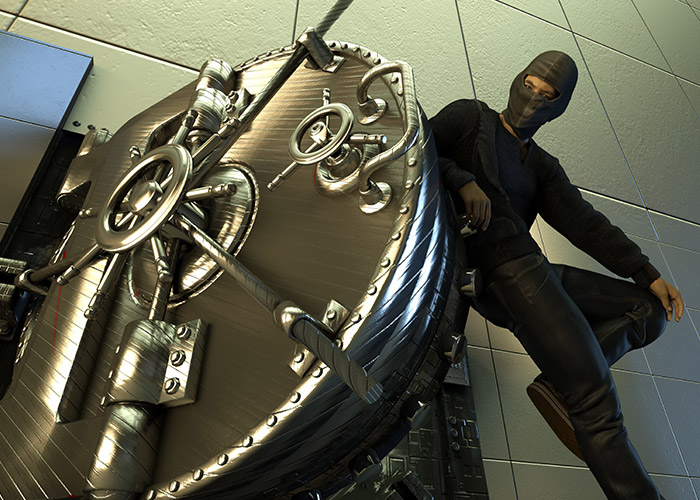 If you are charged with the crime of bank robbery, the team at Paul J. Donnelly, P.A., in Florida, offers aggressive legal representation. Bank robbery, when it involves any national bank or a state bank that is a member of the Federal Reserve, is a federal crime.

That means someone accused of bank robbery in Florida could be facing federal prosecutors. In such an instance, it is important to retain a bank robbery defense lawyer in Florida as soon as possible. Any federal charge is very serious and bank robbery is a vigorously prosecuted offense.

An Experienced Federal Bank Robbery Defense Lawyers at Paul J. Donnelly in Florida has often seen prosecutors include additional charges in bank robbery cases, which can result in added time to be served. These added charges can extend prisons sentences up to 26 years if one is convicted.

Charges that are added often include assault with a deadly weapon when a firearm has been used, intent to commit a felony, and threat of death, where any pronouncement made by robbers regarding deadly force can result in a lengthier prison sentence. If anyone is injured during a robbery, this adds to the severity of the crime and to longer sentences.

Depending on the nature of the bank robbery, a robbery that occurs in Florida may be tried in a state court, in which penalties are less severe, or in a federal court. Federal court cases are much tougher to defend, thus a state venue is always preferred.

If the government utilizes the Hobbs Act, which can be invoked for any instance where there is an attempt to interfere with commerce or the transport of items in commerce or an attempt to delay commerce by means of robbery, extortion or violence, then the robbery will be tried in a federal court. Making the crime a Hobbs Act robbery puts defendants in much greater jeopardy.

Federal charges for bank robbery are a serious issue. It is essential that once charged you protect your rights, including those associated with your Miranda warning.

Although you should cooperate with officials when being arrested, as in not resisting arrest, you should never agree to be questioned by law enforcement without an experienced criminal lawyer present.

This is part of your basic right to have legal representation as outlined in the Sixth Amendment, which also grants the right to a speedy and fair trial.

Also, as part of your Fifth Amendment rights, it is your right to refuse to answer any questions in which you might incriminate yourself.

No one can be made to testify against him/herself during questioning related to criminal charges whether in an interrogation room or a court of law. The Fifth Amendment guarantees every individual due process of law.

Under the Fourteenth Amendment, you have the right to equal protection of the laws. That means, in accordance and connection with the law, that you must be treated just like anyone else.

If you have been arrested and charged with bank robbery, our Bank Robbery Defense Lawyers in Florida are ready to work with you. Our experienced, professional team will aggressively defend you, ensuring all of your rights are protected, that you receive fair treatment, and that due process of law is followed. Contact us at 305-757-3331 and one of our experienced team members will begin working for and with you. We’re ready to defend you against charges of bank robbery and to work towards securing you the best possible outcome.