Search Site
Menu
Home / About Us 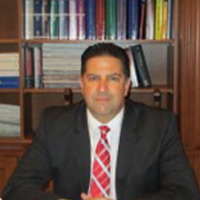 Miami Federal and State Criminal Defense Lawyer Paul J. Donnelly is experienced with defending those accused of breaking Florida state and federal laws. Attorney Donnelly has recently been admitted to the United States District Court for the Middle District of Florida. With over two decades of experience as a Miami criminal defense lawyer, Paul J. Donnelly, P.A., offers his clients well-honed knowledge, a record of success in defending clients against serious federal and state accusations, and a dedicated passion to ensuring his clients receive every benefit of the law. After graduating from Hobart College with Bachelor of Arts (1989), he earned his Juris Doctorate from the University of Miami School of Law (1992). Upon graduation from law school, he began working as a trial attorney in the Miami-Dade County Office of the Public Defender. For a decade, he gathered essential experience to make him a preeminent defense lawyer.

In July 2002, he entered the private sector as a partner in the firm Donnelly & Miller, P.A., and in January 2004, he created the Law Offices of Paul J. Donnelly, P.A. Attorney Donnelly has been licensed in the State of Florida and Commonwealth of Massachusetts since 1992. He is also licensed in the United States District Court for Southern District of Florida and United States Eleventh Circuit Court of Appeals.

During his time as a defense lawyer, Attorney Donnelly has worked tirelessly towards the benefit of those accused of state and federal charges. His experience in high profile cases, ability to argue cases and defend clients successfully in the most complicated of situations have made a premiere state and federal defense attorney.

With a proven record in state and federal cases, a complete commitment to each client, and an in-depth understanding of the complexities of the state and federal courts, Paul J. Donnelly, P.A. is your choice when you need a criminal defense lawyer Florida.

If a defense lawyer can get charges against a client dismissed before they are ever brought to trial, that attorney is certainly able to navigate treacherous waters and narrow straights. Paul J. Donnelly, P.A., has done so in numerous, high-profile federal and state cases, including those listed below.

M.F. was charged under RICO with other family members in an organized scheme to defraud insurance companies. M.F. retained the services of Paul J. Donnelly, P.A., and Attorney Donnelly was able to convince the State Attorney that she was not part of the crime or of organized crime. The State Attorney agreed and dismissed all charges against M.F.
State v. Mr. T.J.

Mr. T.J. was charged with second degree murder with use of a firearm. Mr. T.J. faced life imprisonment with a minimum-mandatory sentence of 25-years. Paul J. Donnelly, P.A., worked the case thoroughly, and on the eve of trial, the State Attorney’s Office dismissed the case. Mr. T.J. was released from custody.
Many other times Paul J. Donnelly, P.A., has been instrumental in getting charges dropped before a case ever went to trial. Thoroughly involved in every step and part of the legal process of each of his clients, he is constantly striving to attain the best possible outcome.

Paul J. Donnelly, P.A., is committed to professionalism on every level. He’s an active member of numerous national and state legal organizations, as are many of those who are part of his team. He upholds and exemplifies the standards set by these groups and is an involved member on many levels.