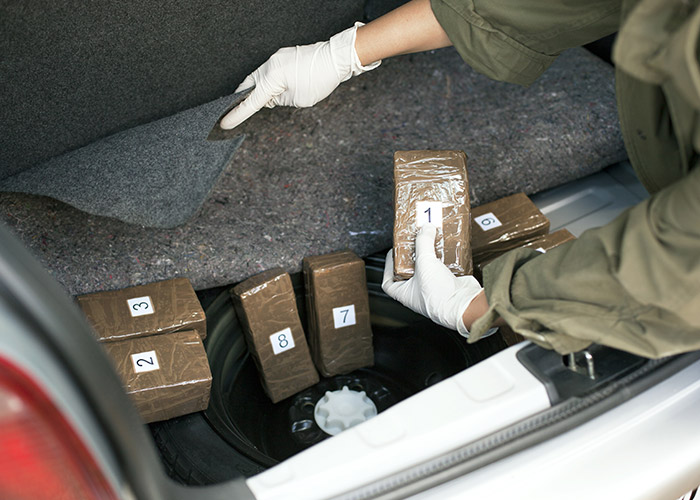 The team at Paul J. Donnelly, P.A., in Miami, Florida, defends those who are charged with drug trafficking in Florida state. Drug trafficking is an activity defined partly by one’s actions, including transporting, making, and/or attempting to distribute or sell controlled substances in the state, and by the quantity of drugs involved, as trafficking is connected with larger amounts of drugs.

Defining Trafficking Penalties
In Florida, the type of drug, as well as amounts, can influence penalties imposed upon those who are convicted of drug trafficking. Any controlled substance that is being transported, created or sold illegally falls under drug trafficking laws as long as that substance is equal to or greater than the minimum amount specified by the law.

In first degree felony cases for drug trafficking, the penalties include time in prison. The maximum term is 30 years, however, the amount of one’s prison sentence can be longer if additional charges are involved.

In terms of sentencing, consider two drug trafficking charges involving marijuana. The minimum sentence for someone trafficking in cannabis who has been caught with between 25 to 2,000 pounds of the drug is three years. Plus, there is a $25,000 fine.

If one is convicted of trafficking in the same drug in quantities of between 2,000 and 10,000 pounds, the minimum sentence is seven years and the fine rises to $50,000.

As another example, look at a conviction for cocaine trafficking. The minimum mandatory sentence in Florida for 28 to 200 grams is three years, while the minimum for 200 to 400 grams is seven years incarceration. As more of the drug is involved, minimum sentences increase.

If convicted of trafficking in 400 grams to 150 kilograms, the sentence is 15 years, while there is a mandatory sentence of life for any amount above 150 kilograms.

It’s important to understand that sentences outlined and prescribed by the law are minimum sentences, and that depending upon the situation, prosecutors in Florida may decide to pursue even more prison time.

Defenses for Trafficking in Drugs

The experienced team at Paul J. Donnelly, P.A., understands drug trafficking laws in Florida, and they are ready to help you develop your defense. In Florida, accepted defenses when charged with drug trafficking include entrapment by police or the fact that there was a violation of your Fourth Amendment rights by law enforcement. The Fourth Amendment to the U.S. Constitution prohibits unlawful search and seizure.

Additionally, if you did not receive your Miranda warning when being arrested, this too could be an important part of your defense, as this would violate your Fifth Amendment rights, which prohibits anyone from testifying against him/herself.

Your Miranda rights include the right to remain silent when questioned by authorities, to consult legal counsel before any questioning occurs, and to have an Drug Trafficking Defense Attorney Miami present during questioning.

Contact the team at Paul J. Donnelly, P.A, in Miami, Florida, at 305-757-3331 if you have been charged with drug trafficking. The more quickly you have an attorney with experience in and knowledge of drug trafficking laws in Florida, the better you will be able to protect you rights, mount a defense, and mitigate any possible penalties. A Miami drug trafficking defense attorney from our office will consult with you and guide and defend you throughout the entire legal process, fighting to make sure that you have access to every right that you possess, including the right to a fair trail and due process of law. The team at Paul J. Donnelly, P.A., will be aggressive and proactive in defending you on drug trafficking charges.