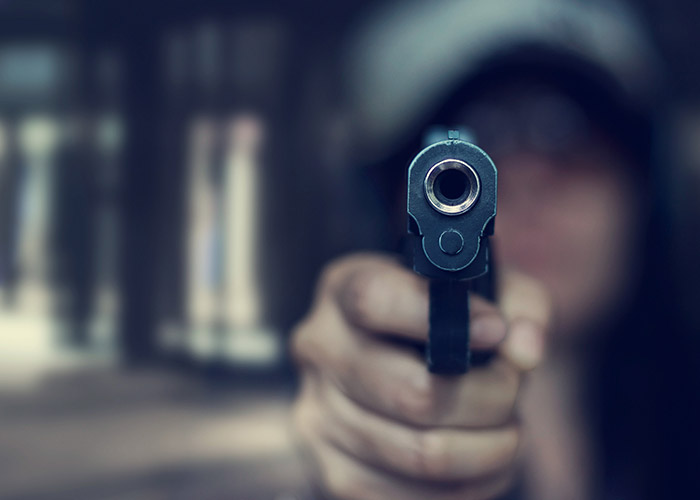 If you are charged with a gun crime in Florida, the team at Paul J. Donnelly, P.A., in Miami, Florida, strongly urges that you protect your rights, call a lawyer, and work with your attorney towards your defense. Gun crimes include carrying a concealed firearm, aggravated assault with a firearm, possession of a firearm by a convicted felon, and improper display/exhibition of a firearm. Florida has a very strict law governing how a gun is used in the commission of a crime. Known as the 10-20-Life law, it can put an offender in prison for a mandatory life sentence. It could also lead to potentially 10 or 20-year minimum mandatory sentences.

In the State of Florida, it is lawful to carry a concealed firearm as long as you have a Concealed Weapons Permit (CWP). If you do have a CWP, you may briefly display it in public as long as this is not done in a threatening or angry manner. The resident Florida CWP is recognized in 35 states, while the non-resident Florida CWP is recognized in 30 states. However, if you are carrying a concealed firearm without a CWP, you may be charged with a third degree felony. If you are found guilty, you could face up to five years in prison. Exceptions are made for those who are carrying a firearm in a concealed manner on property that they own or on property at their place of business. Also, you may have a concealed weapon in you motor vehicle without a permit as long as it is securely encased. The team at Paul J. Donnelly, P.A., finds that the most common arrest in Florida for carrying a concealed firearm pertains to someone putting a handgun under the seat of their car without the gun being secured in a snapped holster. The “heart” of this offense is that the gun owner conceals the gun in the vehicle from ordinary view. The law broadly defines “concealed,” and an individual may be charged with carrying a concealed firearm even if part of the gun can be seen in ordinary view. This is a very serious offense that requires a knowledgeable, skilled, experienced gun crime injury attorney Miami.

Aggravated Assault with a Firearm

Possession of a Firearm by a Convicted Felon

If someone has been convicted of a felony in any state in the United States or in any federal court in the United States, they may not carry a firearm, ammunition, or an electric weapon. This law also covers those who have committed a felony crime against the U.S., those found guilty of a felony in Florida or any other state and that crime was punishable by more than one year in prison in another state, or someone who under the age of 24 committed a delinquent act that, but for their age, would have been considered a felony. In any instance where someone is a convicted felon, that person is prohibited from owning or ever possessing a firearm. Similar to the crime of aggravated assault with a firearm, the penalties for possession of a firearm by a convicted felon in Florida are harsh if convicted. The crime of possession of a firearm by a convicted felon is considered a second-degree felony under Florida law and is punishable by up to 15-years in Florida State Prison. Similar to aggravated assault with a firearm, possession of a firearm by a convicted felon also carries a three (3) year statutory mandatory minimum sentence. In addition to proving one is a convicted felon, the State of Florida must also prove the person “possessed” the firearm. “Possession” may be either “actual possession” or “constructive possession” under Florida law. “Constructive possession” means that the gun is not actually on the person (whether in a pocket or someone’s hand) but is near the person and in the person’s reach or control. “Actual Possession” means the gun is actually on the person, whether in their hand, a jacket, or sitting in someone’s lap. Under Florida law, whether one is in actual or constructive possession and they are a convicted felon, the law treats the person the same way. The penalties are the same irrespective of whether the possession was “actual” or “constructive.”

Improper Display of a Firearm

In the State of Florida, improper display of a firearm involves the exhibiting of a weapon in a manner that is rude, careless, angry or threatening and that is not related to actions connected with self-defense. The improper display must occur while in the presence of a person or more than one person. This is considered to be a first degree misdemeanor that carries a maximum punishment of up to one year in prison and up to a $1,000 fine. The maximum penalty for any misdemeanor in Florida is one (1) year in the county jail.

In the State of Florida, the 10-20-Life law can lead to those convicted of gun charges receiving very long sentences. Under this law, there are mandatory sentences prescribed for certain gun-related crimes. The 10-20-Life statute provides for three primary sentences that are connected to specific crimes. There is a mandatory 10-year prison sentence for those using a firearm during the commission of certain felonies and a 20-year sentence when one fires a weapon in the commission of such felonies. If, in the commission of a crime, you shoot someone, a minimum sentence of 25 years would be imposed. The maximum term for such an act, in which the victim may be injured or killed, is life. For those who are facing violent firearms charges, the team at Paul J. Donnelly, P.A., understands the high stakes for the accused, and they are dedicated to making sure that those who are charged receive a fair trial and representation by a defense team of the highest quality.

It’s important that anyone charged with a gun or firearm crime preserve their Miranda rights and first call Paul J. Donnelly, P.A. before answering any questions posed by law enforcement in relationship to their case. A criminal defense lawyer will assess your situation and be present for any questioning by law enforcement, offering you counsel. As your case progresses, we will work to get the charges dismissed or reduced. If you do go to trial, a criminal defense attorney with experience and success in courtroom proceedings related to gun charges will work in every manner to ensure that you receive every benefit of the law and the best possible outcome.

Our Aggressive and Experienced Gun Crime defense lawyer Can Help

If you have been charged with a gun crime in Miami, contact the experienced and successful team at Paul J. Donnelly, P.A., by calling 305-757-3331 or by filling out the contact form located on the right hand side of this page. One of our aggressive assault lawyer Miami will meet with you immediately to assess your situation and begin working with you in your defense. We are dedicated to preserving your rights and ensuring that you receiving the best result possible given the facts and circumstances of your case.