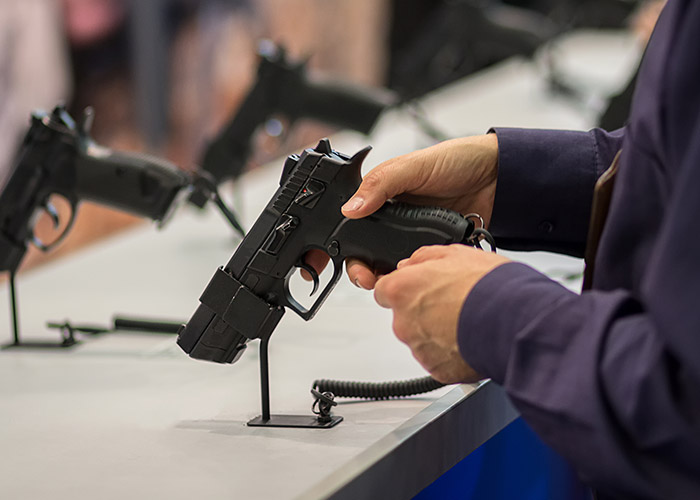 Weapons charges brought by a federal prosecutor are an important area of focus for the team of weapons criminal lawyers miami at Paul J. Donnelly, P.A., in Miami, Florida. The prevention of the illegal spread and use of weapons is of major concern to federal authorities in the United States. These cases are vigorously prosecuted.

If you’re arrested and charged with a violation of a federal weapons statute, you face very serious charges and a possible trial that is extremely complex.

You require an experienced and knowledgeable team of Florida Federal Firearms and Weapons criminal lawyers miami florida in your corner. A group such as the Law Office of Paul J. Donnelly, P.A., that can make all the difference for you.

Weapons or Firearm Charges
Federal weapons or firearm charges include those related to the possession or use of a firearm in a federal facility, including airports, post offices, government buildings, and military bases.

Interstate transportation of weapons, drug-related gun charges, and possession of illegally altered or stolen firearms are also unlawful under federal statutes. Also, specific types of ammunition are not allowed.

The illegal sale and altering and possession of unregistered assault and automatic weapons are federal weapons crimes. If you’re prohibited from possessing a weapon or you’re a convicted felon who has possession of a firearm, you’re breaking federal laws. Also, the unauthorized or illegal sale of weapons is unlawful.

If you’re charged with a combination of violations, your defense becomes more challenging and the penalties much harsher. Weapons charges are rarely singular offenses, and that means you require high-quality legal representation.

Penalties for Illegal Firearms and Weapons
Penalties for convictions on weapons charges usually range from 5 to 10 years, plus fines. If a weapon is used in the commission of another felony, such as drug trafficking, kidnapping, or bank robbery, then sentences are much more severe. Plus, many weapons cases involve various other charges, which greatly raise the stakes.

There are numerous defenses for federal weapons violating, including a defense geared at the fact that the person being charged felt as if they were under a viable threat or a defense based on the defendant not knowing if they were in possession of such weapons.

We will also investigate and determine if those charged have been the victims of illegal search and seizure or if their Miranda rights were violated.

Additionally, we will monitor all aspects of the cases, ensuring you receive due process of law and a fair and impartial trial. Our team will carefully evaluate and analyze all evidence for authenticity and correctness.

Federal Firearms and Weapons Criminal Defense Lawyers
If you are facing federal weapons charges in Florida, call the team at Paul J. Donnelly, P.A. at 305-757-3331. Our group of topnotch federal criminal defense attorneys will be your advocates, working diligently to ensure that you receive every benefit of the law. Contact us as soon as possible if you are facing federal weapons charges and require first class legal services. We are ready to serve as your defense team.