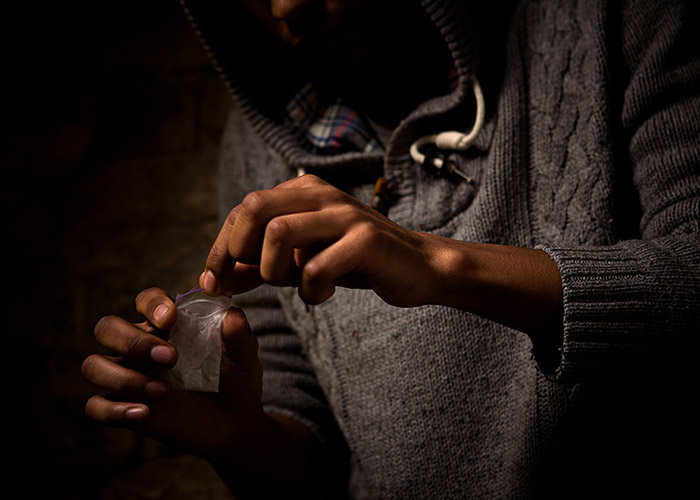 In Miami, Florida, the team at Paul J. Donnelly, P.A., defends those who have been charged with the possession and distribution of drugs. When someone is charged with drug crimes, such as possession or distribution, they can lose everything, including their freedom, family, and home.

Understanding Florida law as it relates to specific drug crimes is important, especially because certain offenses carry very tough penalties. The possession and distribution of controlled substances, including cannabis, cocaine, MDMA, Heroin, GHB, Oxycodone, or Hydrocodone, is unlawful in Florida.

The team at Paul J. Donnelly, P.A. understands that knowledge of the law for those who have been charged with possession or other drugs crimes is essential. Possession of a controlled substance is most often a third degree felony, however in cases of possession of under 20 grams of cannabis, the charge is a misdemeanor in the first degree. Simple possession involves someone who has unlawful drugs for their own use. There is no intent to sell, distribute, or manufacture the controlled substance.

For someone to be charged with drug distribution, such as possession with intent to sell, they must be in simple possession, as noted in the previous section, and they must have the intention of distributing or selling the controlled substances that are in their possession.

The team at Paul J. Donnelly, P.A., vows that we will work tirelessly to reduce and/or eliminate any possible punishments related to drug charges, including fines and time in prison. Sentences vary depending upon the degree of the crime.

As an example, a third degree misdemeanor may equal 30 days in jail, while a conviction on a misdemeanor charge in the first degree may bring with it in a sentence of one year.

If a third degree felony charge for drug distribution results in a conviction, the prison term can be five years and the fine may be $5,000. A felony conviction in the second degree carries a much tougher sentence, as prison time could be as long as 15 years and fines as high as $10,000.

In addition, Florida state law demands that those with prior felony convictions who have a history of violence be given tougher sentences. These individuals are seen as being habitual offenders and career criminals. If you discover yourself in this position, you’ll find the services of a lawyer with plenty of courtroom experience involving drug crimes to be invaluable in your effort to win an acquittal.

The drug crimes attorney Miami at Paul J. Donnelly, P.A., is familiar with common defenses that can result in an acquittal in the case of a drug crime. In the State of Florida, a defendant’s lack of knowledge regarding the true nature of the substance in their possession is a viable defense. In other words, if a person did not know he/she was in possession of a controlled substance no crime has been committed.

Other defenses include possession of a valid prescription for the substance from a medical professional, entrapment orchestrated by law enforcement, and a violation of the defendant’s Fourth Amendment rights in connection to unlawful search and seizure.

If you have been charged with a drug crime of possession or distribution, contact the team at Paul J. Donnelly, P.A., in Miami, Florida, at 305-757-3331. We are experienced in defending those arrested for and charged with drug crimes, and we pledge to fight for you in every-way. Personalized service, timely communication, and smart strategies dedicated to securing the best possible outcome are guaranteed. The team at Paul J. Donnelly, P.A., is ready to work for you.