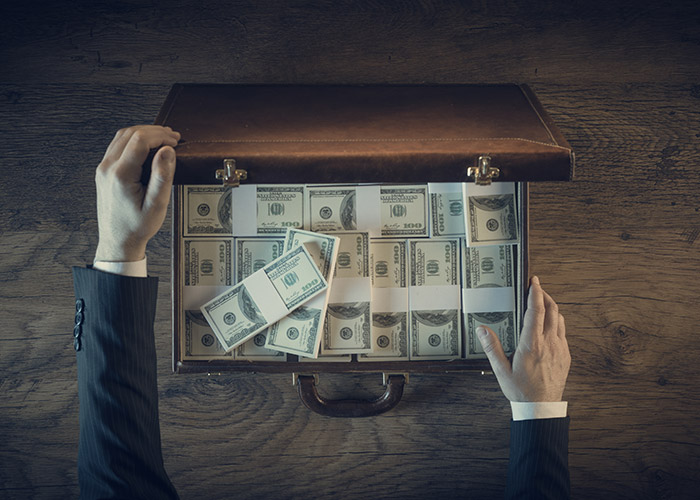 The legal team at Paul J. Donnelly, P.A., serving  Miami, Tampa, Orlando and all of Florida, offers defense services for those who have been accused of money laundering. Money laundering, which is usually associated with other crimes and is often accompanied by additional criminal charges, is a federal white collar crime in which individuals or groups attempt to disguise the manner in which funds are obtained.

In other words, money laundering involves taking “dirty” money, that which was obtained through criminal activities, and making it look as if it came from a “clean” or legitimate source. The laundering is done in order to hide criminal activities from law enforcement and to enable the person who has possession of it to use it freely. Money can be laundered in different ways, which vary from the relatively simple to the highly complex.

Often, the process of laundering money occurs in three steps:

Note, it is not always necessary to utilize all three steps in order to successfully launder money. Sometimes steps will be omitted or purposefully skipped. As an example, non-cash funds that are already in the system would not have to undergo placement.

There are many different ways in which money may be laundered. Five common methods are:

Structuring: Also known as “smurfing,” this involves breaking cash down into smaller deposits in order to reduce suspicion of laundering and to avoid money laundering reporting requirements.

Bulk Cash Smuggling: This method involves secretly taking cash to another jurisdiction, that is, smuggling it, and then depositing it in a bank or another financial institution. Often offshore institutions are used where there are less strict laws concerning laundering or where they observe secrecy regarding client accounts.

Shell Companies and Trusts: Trusts and shell companies are often created to disguise the true owner of the money. In some jurisdictions or countries, trusts and corporations are not required to disclose the true owner or those who control the trusts or corporations. In this method, the illegal money is often transferred off-shore or over-seas where the money laundering and monetary transaction reporting requirements are either weakly enforced or non-existent.

Real Estate: To disguise the true origin of funds, someone purchases real estate with dirty money, and then sells the property, thus, receiving clean cash.

Money laundering may be charged in either a federal court or a Florida state court. Florida has specific money laundering statutes, as does the federal government.

The federal government, through the U.S. Department of the Treasury, FBI, IRS, DEA, and the US Secret Service, is concerned with investigating and bringing charges against those suspected of this activity.

Along with being associated with various other illegal activities, such as drug trafficking, terrorism, mortgage fraud, securities fraud and Medicare fraud, money laundering undermines the integrity of the financial system of the U.S. Most money laundering crimes are charged in federal court.

Those who are targets in such investigations or who are indicted by a grand jury find themselves in an intense and overwhelming battle with a well prepared, large, and highly experienced team of federal prosecutors and their associates.

Then prosecution has spent long hours preparing charges, and they are determined to win their case at any cost. Defendants must be ready for a hard fought legal battle, and they should seek help from those who have had success with such cases.

The team at Paul J. Donnelly, P.A., which is skilled and experienced in representing clients in federal money laundering cases, understands that the best way to fight accusations of money laundering is to ensure that such cases never go to trial.

With this in mind, the law firm works tirelessly on a client’s behalf to have the charges dismissed or secure the best possible outcome for their case.

The primary goal is to get charges dismissed, saving clients time, money, and emotional distress. Additionally, depending upon the situation, the team at Paul J. Donnelly, P.A., may be able to convince prosecutors that their client is not a perpetrator but a victim.

In this instance, the person who is being investigated may help prosecutors by offering important information and testifying against those accused, with the result being charges are dismissed or a plea bargain is reached.

If your money laundering case does go to trial in federal court, the federal criminal defense attorney Miami at Paul J. Donnelly, P.A., will ensure that you’re given a vigorous defense and that each and every right you are provided by law will be strictly enforced. We will do all that we can to guarantee that you receive a completely fair trial and do all we can to obtain an acquittal of the charges.

In terms of federal money laundering charges, the prosecution must prove that the defendant knew about the criminal activity that created the questionable funds. Also, the person accused must have known that the monetary transactions that occurred were designed to disguise or hide the proceeds that were a result of criminal activity.

The federal government has criminalized money laundering under the Money Laundering Control Act of 1986. Under Title 18 of the United States code, Section 1956, individuals are prohibited from engaging in a financial transaction with proceeds that were generated from certain unlawful actions, known as “specified unlawful activities” (“SUA”).

The federal law requires that an individual specifically intend in making the transaction to conceal the source, ownership or control of the illegal funds. There is no minimum threshold of money, and there is no requirement that the transaction succeeded in actually disguising the money. Merely passing money from one person to another, with the intent to disguise the source, ownership, location or control of the money, has been deemed a financial transaction under the law.

However, possession of money without a financial transaction or without intent to conceal is not a crime in the United States. The penalties for money laundering under the United States Sentencing Guidelines can be extremely harsh. The greater the amount of the laundered money and the degree of sophistication in committing the laundering will increase the potential jail sentence under the Guidelines.

If you are facing federal or state money laundering charges, contact the team at Paul J. Donnelly, P.A., in Miami, Florida, at 305-757-3331 today. Or you may simply fill out the short contact form on this page. It’s important to act as soon as possible in cases involving serious state or federal charges. Our team will work with you to ensure your rights are protected, and that you receive personal and timely legal representation from experienced, skilled, and successful attorneys.